The big question for Meteor Power was what to do next?

Everyone felt that the freight sector was being ignored. Sure, there were a few companies betting heavily on battery or Hydrogen powered trucks but the world was filled with perfectly usable vehicles that had fallen out of favour due to constantly evolving emissions regulations.

The question then became whether older trucks had enough residual value to justify investing in upgrading the powertrain, etc. The answer was probably not, but when we asked the same question of the rail industry we found the market was very different.

An industry where some operational locomotives were over sixty years old, where maintenance over their lifetime was more expensive than buying a house and where all the big shiny new development was about moving passengers whilst the country relied on the railways to deliver freight.

A new hybrid electric shunter locomotive will cost upwards of £1M and a new mainline hybrid freight locomotive from between £4.5M and £6.5M.

The rest of the industry have billions of pounds worth of rail assets that are becoming obsolete, either due to a lack of spare parts, poor reliability, expensive maintenance, increased fuel costs or new emissions legislation.

A complete engine rebuild on a medium sized locomotive can cost of £100K. A complete chassis overhaul can cost more than £250K, sometimes as much as £500K or more.

Or how about the need for the locomotive to deliver clean pressurised air in order to move a, for example, modern passenger train, but that clean air is only available on a modern freight locomotive or an expensive upgrade to an older locomotive.

What is required is a way of delivering a drop in modern hybrid electric powertrain, auxiliary power systems, advanced control systems. etc. to fit any of the more common and widely used freight locomotives.

This is what Meteor Power has done. Testing is underway and will be out on trial with several interested parties in the new year.

Looking back at one of our first forays in to writing business plans and pitching for investment. Not a bad start I would say!

Meteor Power are focused on changing how we think about electric vehicles by asking, and answering, the questions everyone should be thinking about, including:

i) Why are electric motors so big?
ii) Why do I need to find space for separate motors, controllers and chargers?
iii) Why can’t I charge my car in ten or fifteen minutes?
iv) Is there an easy way I can sell my stored energy back to the grid at peak times?

Of course, those aren’t the only questions. How about:

i) Can we make a better motorcycle if we lose the biggest design compromise, i.e. having to design around a big heavy petrol engine?
ii) If I can charge my bike faster than I can put petrol in my old one why would I stick with technology from the last century?
iii) If my electric motor makes considerably more power than a typical petrol engine why not make use of it?

What about the other end of the market?

i) Are electric scooters robust enough for a commercial environment?
ii) What infrastructure is required to charge a dozen pizza delivery bikes parked outside the pizza shop?
iii) Will the same set up work for other lightweight vehicles, even those with four wheels?

Which brings us to the ‘Billion Dollar Last Mile Delivery Challenge’

With more towns and cities introducing low or zero emission zones getting those vital goods to the shops and the parcels, or even pizza, to your front door is going to become more difficult.

Even if your typical Post Office van switches to electric you are still paying to transport a ton of aluminium and steel bodywork and infrastructure to deliver a few letters. Why not take advantage of the latest L-Category legislation allowing sub-600 Kg commercial vehicles to do the job for you?

Meteor Power had a great afternoon at the Business Green Technology Awards, held at the prestigious IET building in Savoy Place, London overlooking the Thames.

Having been nominated for three different awards the team were delighted to be declared the winner of the Business Green Technology of the Year category. 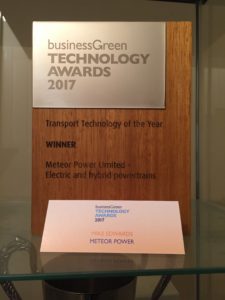 Not sure accutane online to purchase actor, author and all round TV personality Robert Llewellyn was too impressed 🙂 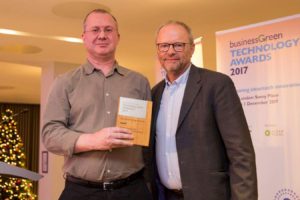 Following on from our Clean & Cool trip to San Francisco back in June they decided to get all current and former Clean & Cool participants who won awards together for a photo. 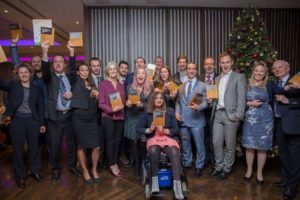 Based at Silverstone we are developing some exiciting high rpm motor technology that requires fast switching rates from dual inverter power electronics. Currently looking at the latest silicon carbide (SiC) technology to deliver optimum motor control whilst reducing heat and electrical interference to a minimum.

Meteor Power is looking to hire an experienced Mechanical Design Engineer to work on vehicle chassis design and development, including key components and battery pack design, for two and four wheel applications.

UKTI have recently released a video of show alprazolam highlights to promote Innovate 2016. Mike Edwards from Meteor Power features whilst explaining the benefits of hybrid power to Paul Gadd from Innovate UK (briefly from 2:07)

On Wednesday we attended the Venturefest Oxford event. This is a yearly event to showcase innovation from the Oxfordshire area and allow small companies to pitch to groups of investors.

The day before BBC South sent a cameraman round to interview us about the event which was shown on BBC Breakfast. Footage of us at the event was also shown on the BBC Oxford News in the evening. 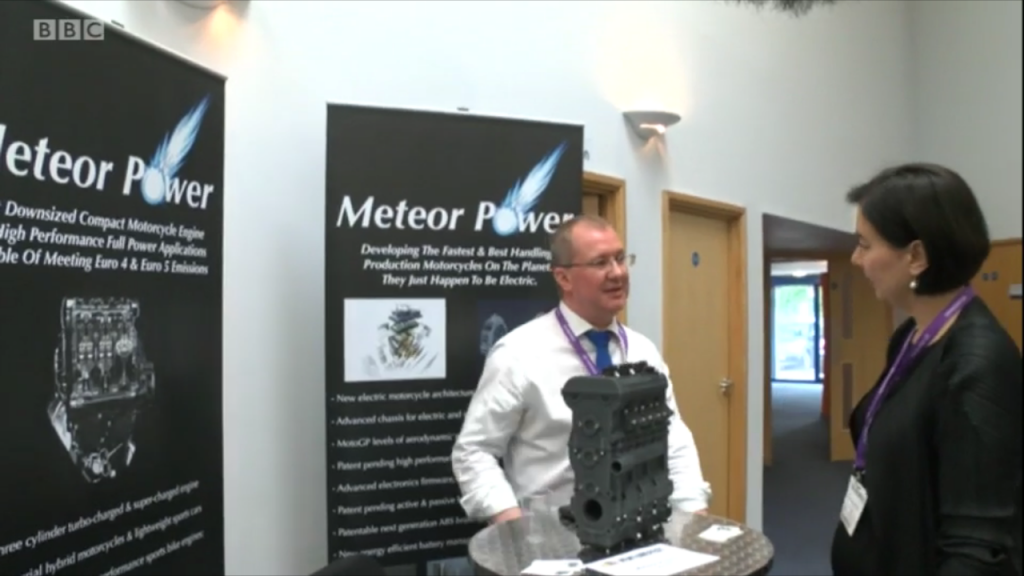 We had a stand where we showed our 3D printed Superpharma buy xanax Pill Shop model of our hybrid engine and discussed our products and investment plans with motorcycle fans, potential investors and even government representatives.

Meteor Power had been shortlisted from fifty applicants to take part in the Pitching for Success event. We had three minutes and just one slide to put across our products, finances and plans. Of the twenty companies that presented during the day we were awarded a runner up prize. 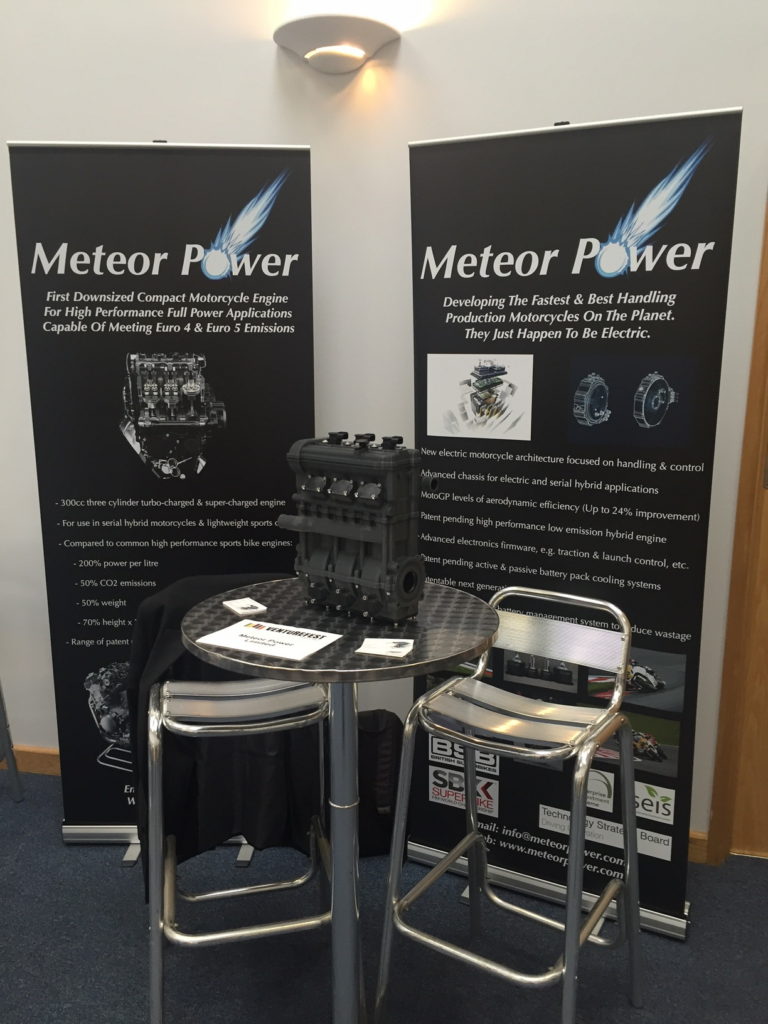 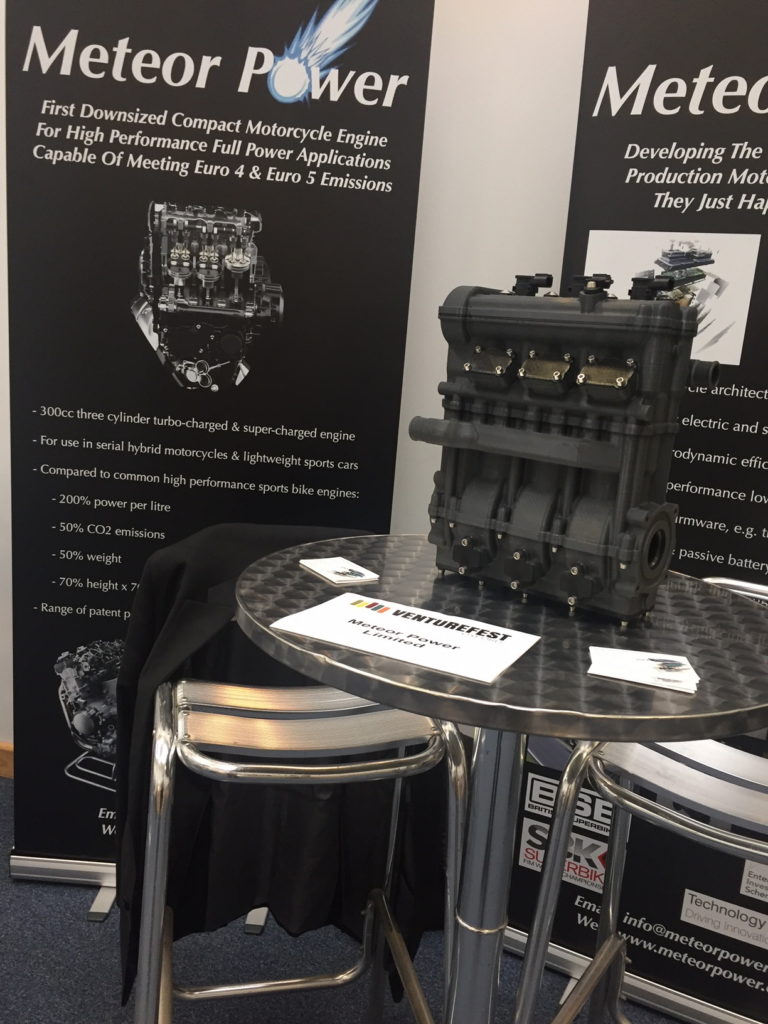 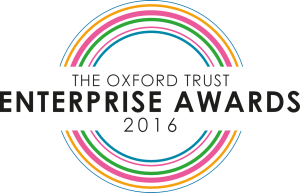 Meteor Power were one of ten finalists in the Oxford order tramadol bestseller hh-today.com Trust Awards 2016.